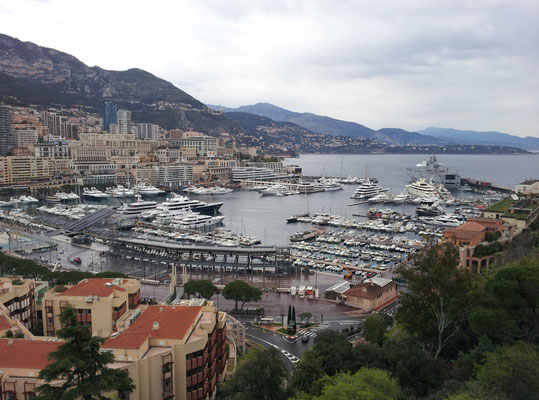 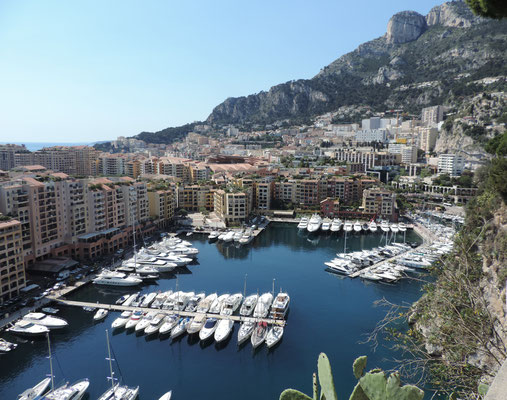 Ingrid von Anthoni, a very dedicated elephant activist who lives at the Côte d'Azur, succeeded in being granted a very prominent place for her photo exhibition in Monaco: A very busy aisle which is passed through by almost all the tourist who visit Monaco, as it is between the parking decks and the Oceanographic Museum. 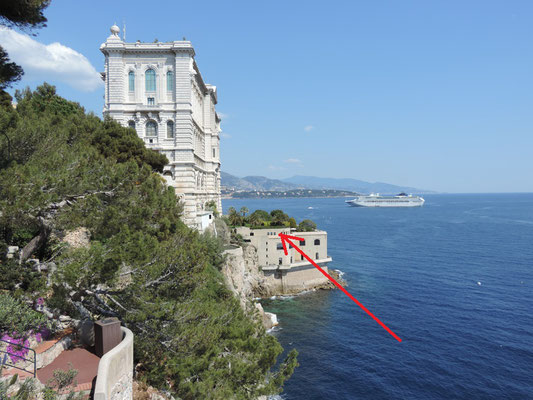 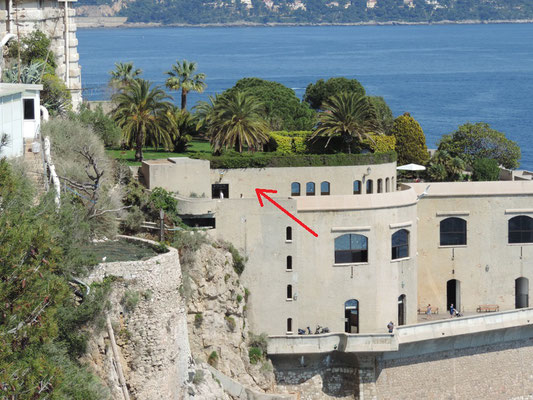 The exhibition shows scenes of the project of the David Sheldrick Wildlife Trust in Kenya which rehabilitates elephant orphans into the wild. The exhibition with its photos and short descriptions tells the story of the tiny elephants: How they are found and rescued, how they are healed from their wounds in body and soul, how they are attend by the keepers day and night, and how they are introduced back into the wild after around ten years in the hands of humans, so that they can lead their own natural, free life in the wild again. 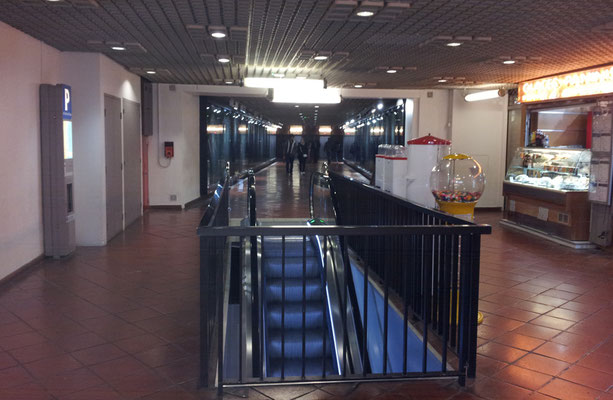 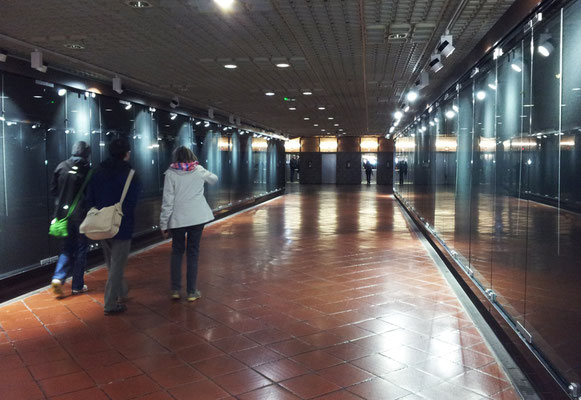 In this aisle the pictures should be hung.

After the framed photos had been delivered, they  and the description plates had to be viewed and sorted.

Then they were ready to be hung in the showcases. All of us working together, the exhibition was  quickly prepared. 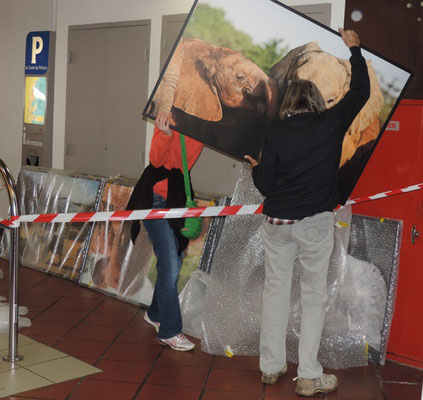 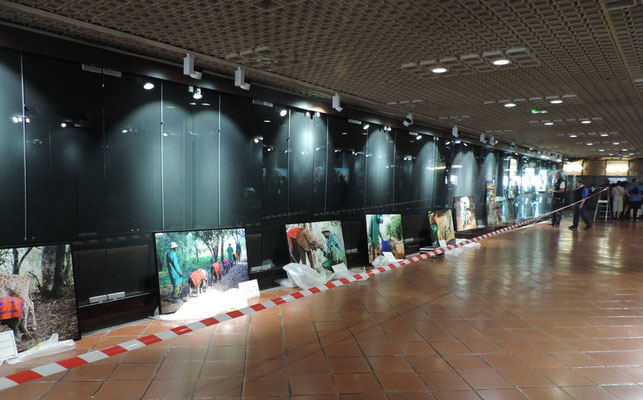 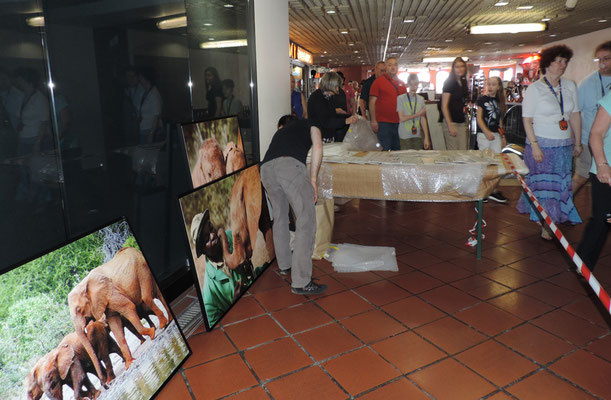 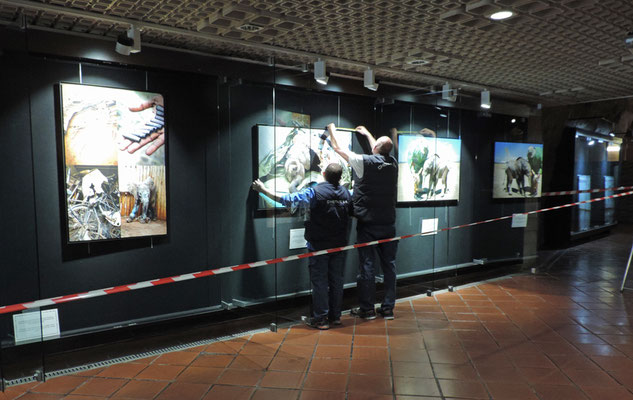 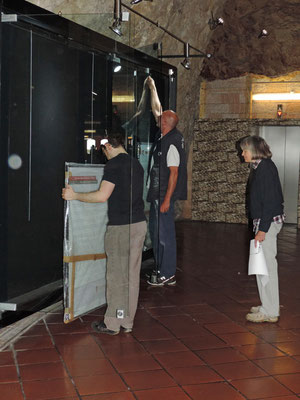 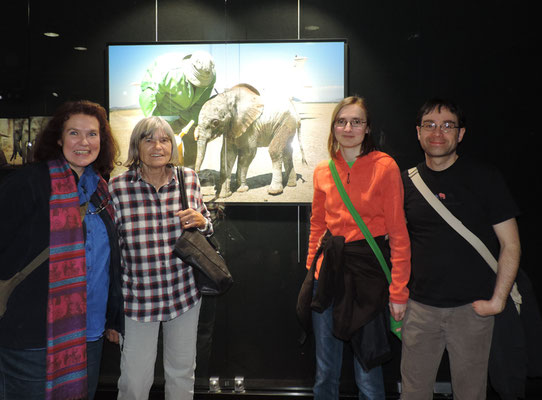 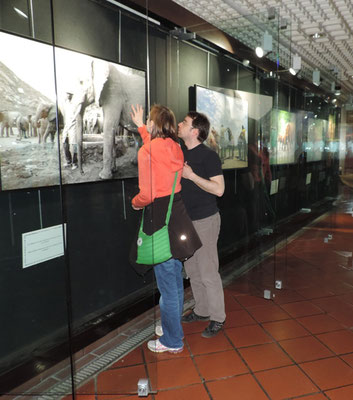 Working as a  good team!  The exhibition was ready quickly and looked really good. 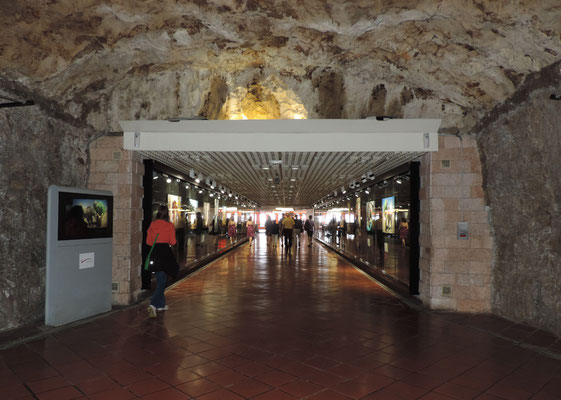 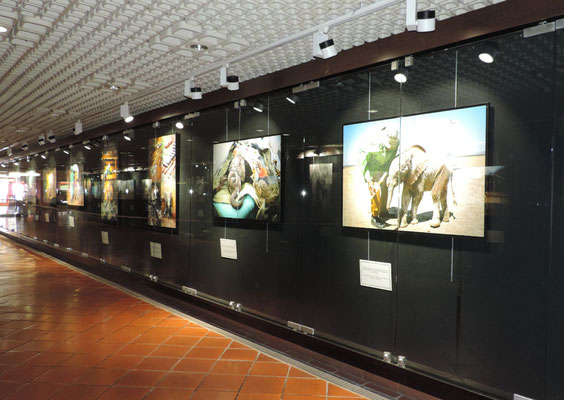 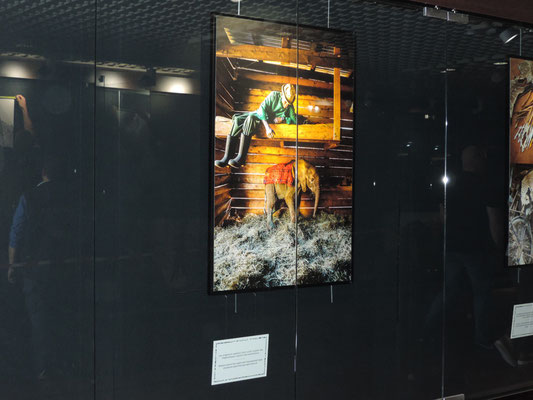 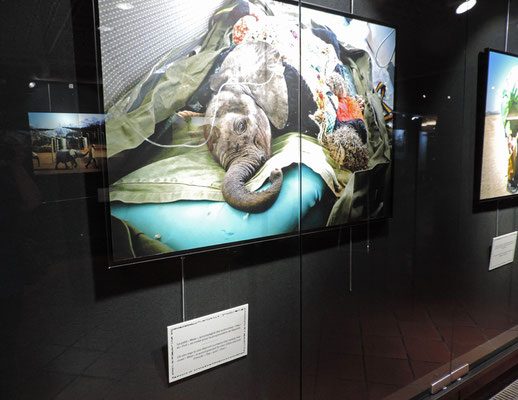 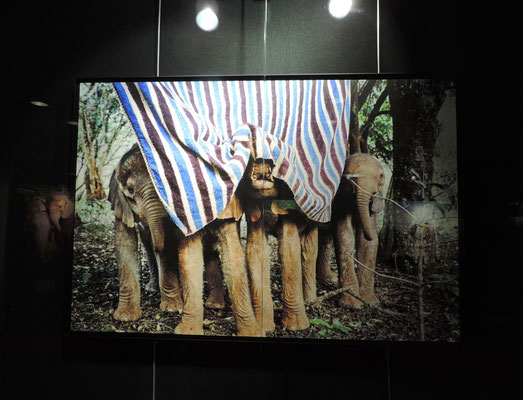 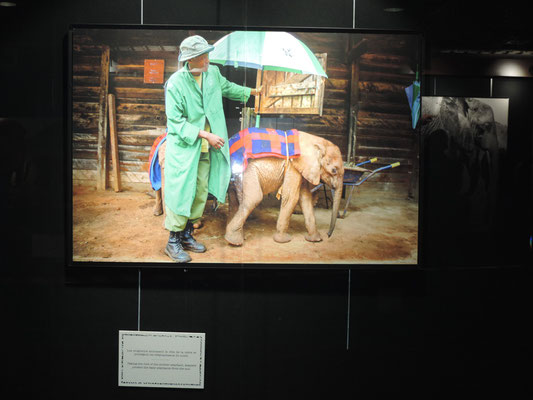 Most of the photos are originating from The David Sheldrick Wildlife Trust, - just like this one which shows a scene in the rehabilitation center in  Ithumba.

At the other end of the aisle where the elevators lead to the ground level.

Already during the mounting of the exhibition, many tourists had passed us, looking at the pictures with interest. Afterwards the aisle was flooded by people... 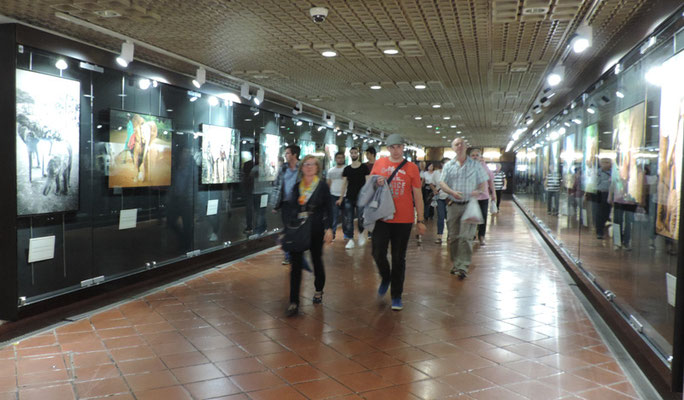 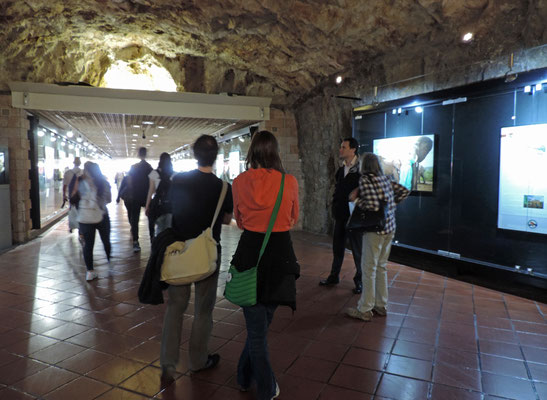 The exhibition was  officially opened on 24th April by Prince Albert. We hope that it reached a lot of people and informed them how urgently elephants need our help.

The photos remained in Monaco around three months and will be shown in many more places.

Some days in Nice and its surrounding area made my stay at the Côte d'Azur perfect.