The usefulness of elephants

for us and our environment

Why should we save the elephants after all?

... There are more reasons than the sentimental ones...

We can estimate already now what will happen when elephants are gone from this planet. The consequences of extinction will hit us all, as they range from  deterioration of the global climate to migration.

1)  The consequences when tourism is missing from Africa:

The majority of travellers  to Africa mainly want to see the big mammals like elephants, lions, and giraffes. When these animals are missing, the safari-tourism collapses. The aftermath for the elephant countries is severe, as millions of african inhabitants become unemployed.

Facing the fact that population numbers in Africa will spiral towards sky-high figures within the coming years, we have to reckon with increased poverty and fiercer violance, possibly even with civil wars. In all cases unemployment and hopelessness will result in even more emigration into 'richer' countries.

The David Sheldrick Wildlife Trust has published a study which highlights that an elephant  attracts tourists into his country during his 60 - 70 years long life and increases the revenues of the country in which he lives. Doing this, his value is 76 times higher than the bare value of his tusks which a poacher steals from his carcass.  The ivory of a dead elephant earns a poacher on average 18,500 €  in the illegal market.  A living elephant is worth around 1.4 million € for ecotourism during  his lifetime.

Survey of the financial value of elephants:

Economical value of tourism in Africa: 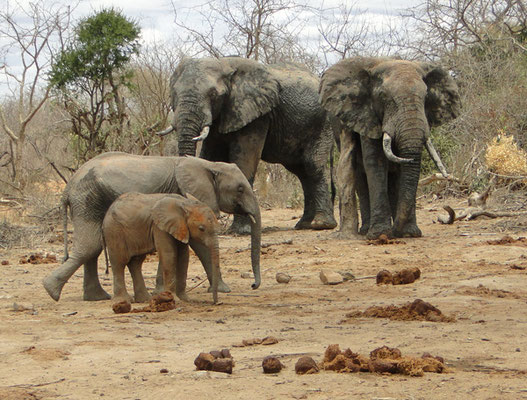 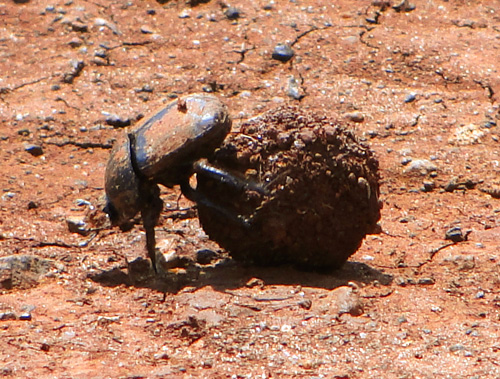 Furthermore the existence of elephants helps to lessen the negative impacts of the global climate. Besides big birds, it is only the big mammals who take over the overall dispersal of  big seeds. If there are no such animals in the ecosystem the natural balance will be destabilised. This results in the loss of trees with heavy wood and so in a loss of the ability of a forest to store carbon. This loss would be as high as 5 to 20 %, depending on the tree species of the region.

Elephants are the most important distributors of big seeds which fall down from trees in the central african woods.  These ample woods are the second most important forests of the globe for the carbon dioxide capture.

90 % of the forest elephants living there have been killed by poachers during the past 50 years. That means that old trees which are still there now, cannot be replaced by regrowing young  trees in the future any more.  The central african wood's ability to store CO2 will therefore be reduced severely. Global temperatures will further rise and cause drought periods and offer less possibilities to cultivate edibles.  One more reason why Africans will be forced to emigrate into richer countries in future. 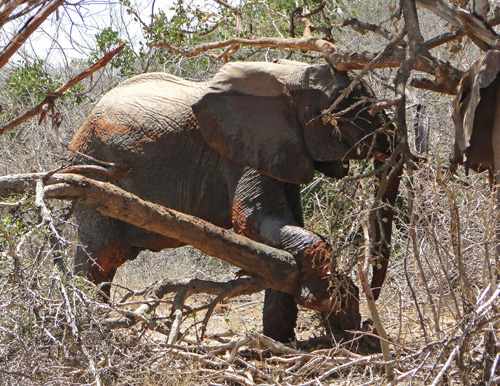 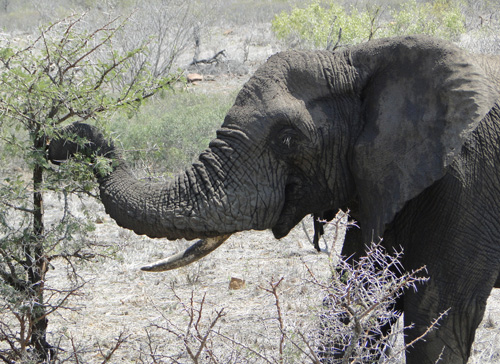 3)  Elephants are Africa's landscape gardeners and provide for precious

Elephants do not only spread the seeds of numerous plants in their dung balls but they also  fertilise the soil with this dung.  Pachyderms' excrement is proportinally big as the animals themselves and decisively contributes to the fertility of the ground.

Moreover elephants are the battering rams of nature. They blow a fire breach in forests and open savannahs for animals that need open landscapes, for example ungulates.

Elephants even provide other animals with water when they dig water holes in the ground with their tusks and their great force. Even their footprints serve as a source of water for small animals, when rain water gathers in them.

It has been proven that without pachyderms creating different kinds of landscapes - namely forests as well as savannahs - biodiversity is affected negatively.

Another study reveals that elephants and other megafauna are serving as an umbrella for other species. That means that by protecting megafauna, we automatically conserve other species, like birds, amphibians, reptiles, as well as a varitey of ecosystem processes, too.

Influence of big herbivores on biodiversity:

Elephants have an umbrella-function for other species:

4)  Elephants  strike a chord with us

Everywhere elephants serve as symbols for strength, magnitude and stability and appear in many logos. That tells a lot about how we appreciate their properties.

Elephants have modes of behaviour which remind us of ourselves and therefore deeply move us: Each animal has its own personality and its own social connections. The solidarity among elephant families is extraordinary in the animal world.  They care for another, help each other and their offspring, they even mourn dead conspecifics.

How could we allow  these beings to disappear from this world, unsympathetically and without even lifting a finger?