Global March for Elephants and Rhinos

As a part of the Global March for Elephants and Rhinos a demonstration in Zürich was taking place on Saturday, 3rd October 2015.

Ryan Metzer organized this demonstration at Helvetiaplatz in Zürich, and around 50 people came joining the event. All of us were in a good mood and happy to be able to make a stand against poaching and against the trade in ivory and rhino horn. We were in a row with thousands of people worldwide on this weekend speaking out for the survival of elephants and rhinos, also for lions, tigers, and hippos. 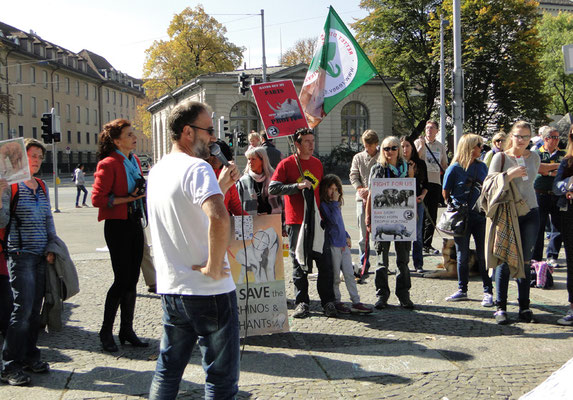 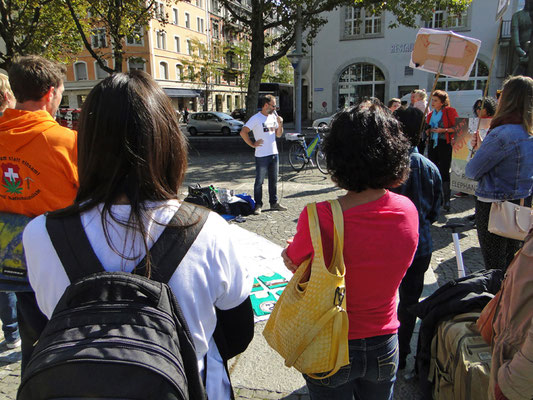 Ryan speaking out for elephants and rhinos

I also spoke about the miserable situation of the African Elephants, asking people to do whatever they can for the survival of the grey giants.

(Thanks to Stefanie Lugauer for the video.) 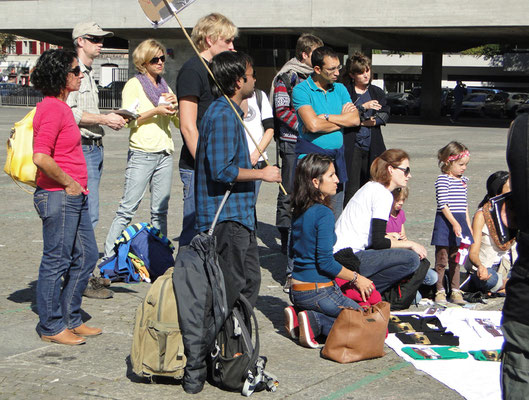 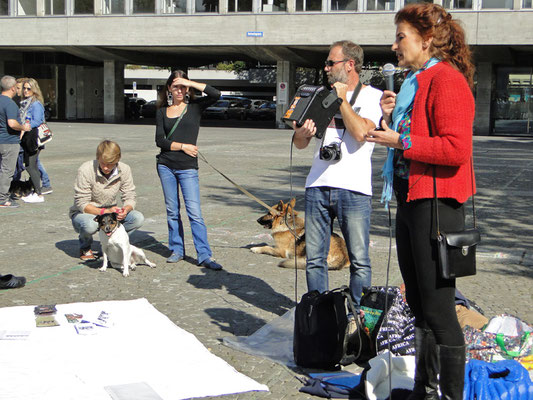 Brigitte Uttar Kornetzky of 'Elephants in Need' was informing the public about the plight of Asian elephants in captivity. 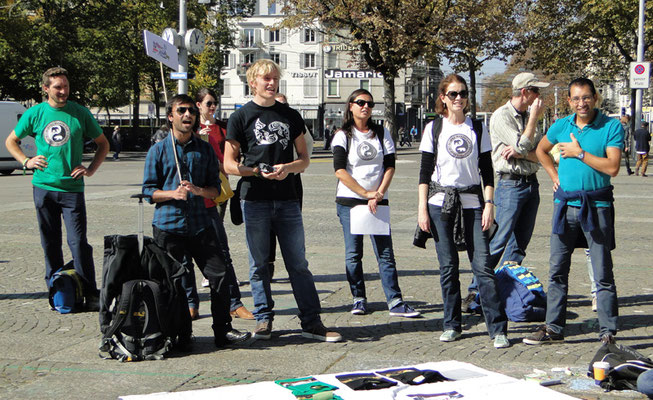 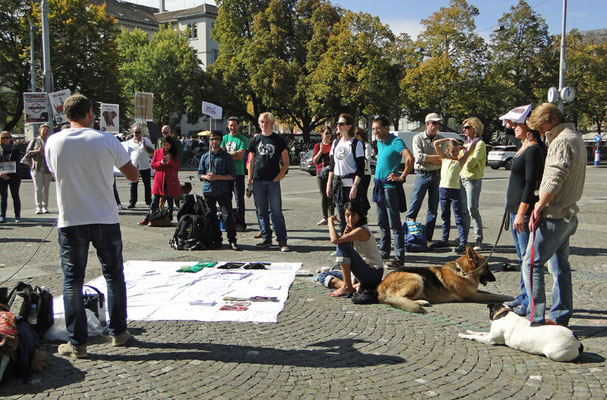 Ryan had prepared some chants which the audience was answering with enthusiasm.

Many children were part of the event. 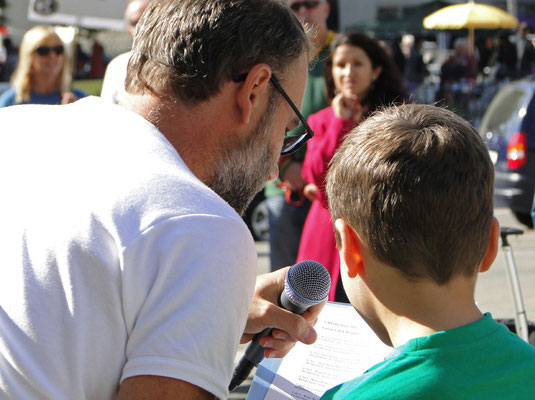 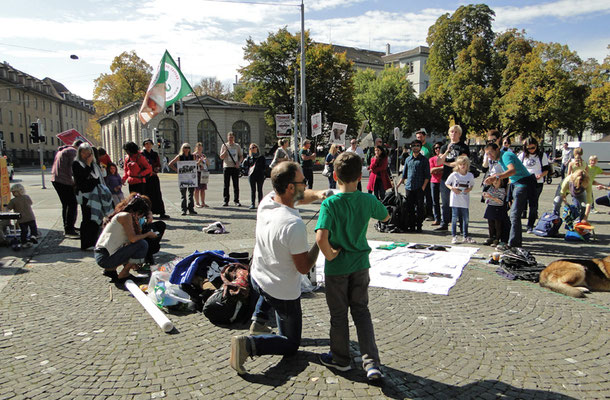 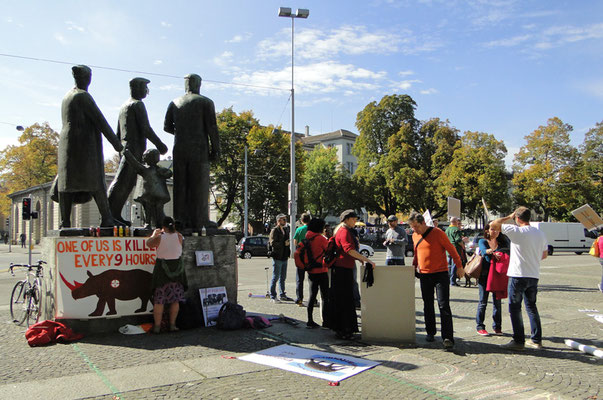 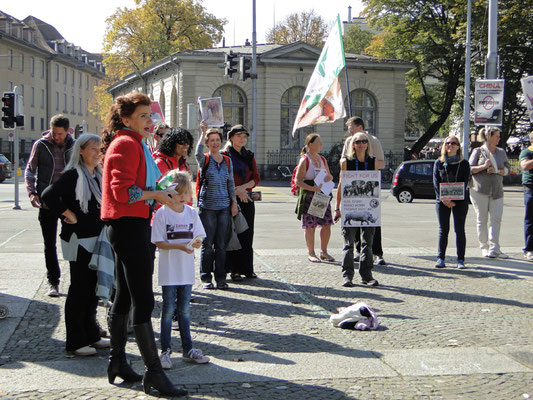 'Delegations' from Munich and other parts of Germany were attending the demonstration, too.

We also distributed all the flyers we had with us and hope that also with this action we could inform more people about the dramatic situation of pachyderms in Africa.

Thank you so much, Ryan, for the excellent organization of the Zürich demonstration! It was a big gain for us all, getting to know each other and bringing several NGOs together. We enjoyed being part of it, and part of the global voices for the world's wonderful elephants and rhinos.